This year looks to be pretty exciting in terms of better game play and server improvements in the Elder Scrolls Online.

Here are some of the biggest changes or points. This has been in need of an overhaul for a long time.

It was all about more and more power.

In the latest PTS Patch 6.x, Zenimax has been testing a system with only 3 constellations instead of 9.

However it is infinitely deep, as it can drill down into sub-constellations of abilities.

They've also baked in a lot of the stat boosts from the old CP system into the 1 to 50 levelling so that by the time you hit 50 you've already got like 16,000 health without needing champion points.

That means that characters are more powerful at the start.

And the playing field is level.

This means a low CP and high CP character are not that different in terms of overall stats and killing power.

This is great for PVP in Cyrodiil.

So it's less vertical progression.

A lot of the nodes are capped at 2, 4 or 5 depending on their testing.

Things like Melee and Spell Damage penetration are separated and max values last I checked were like 1500.

As your CP gets higher, like past 600 or 800, the stat bonuses don't get higher however you can now spend your points on other nodes.

This means you can easily switch from being say a healer focused build to a tank focused build because you can invest in the star nodes for both since you have so many CP as a high CP character.

This is horizontal progression.

It also relates to the slotting concept below.

Plus the new system has a limit of 3600, who knows, it could be even higher in the future.

In the CP 1.0 system, every character had champion abilities that needed to be checked and calculated in the background to see if they triggered - even if they weren't in use.

There were abilities that triggered only if you blocked, giving you a damage shield.

There were abilities that boosted something if you did a certain kind of action.

There were abilities that every time you dealt a critical hit, you healed like 300 hit points or something.

When hundreds or thousands of characters have these abilites calculated in the background on a server you get server load burden.

This may be one of the factors in the lag in Elder Scrolls Online.

No one's saying it's the only factor of course however reducing these calculations can help.

By only being able to slot up to 12 abilities from the 3 constellations, it prevents calculations of abilities you're not using.

You're currently setup to do dps.

In the old system, you might have chosen some CP nodes related to being a healer because you did that on the side.

In the old system, you might end up having those abilities calculated in the background even if you just healed yourself.

In the CP 2.0 system being tested, you only choose the CP abilities focused on DPS.

You can decide not to slot abilities related to being a healer role.

By doing this, in the example above, you've already cut out a lot of calculations in the background (especially across hundreds or thousands or more characters active) and helped reduce server lag. 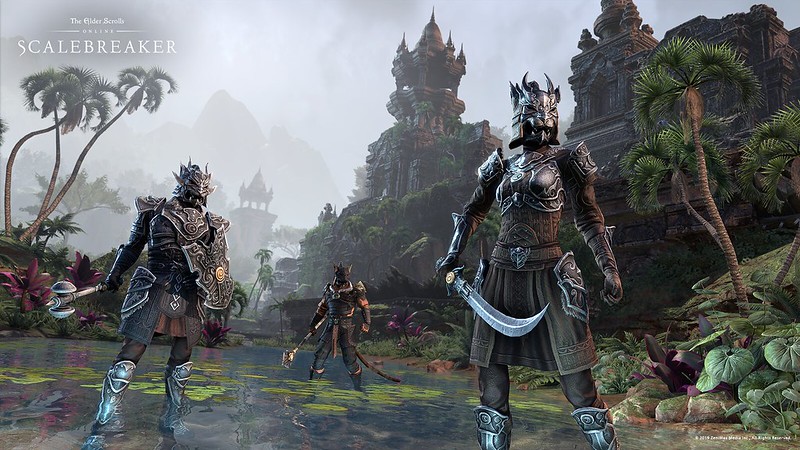 They've been testing changes where item set bonuses have been brought in line with the rest of the test changes.

What do I mean?

Since a lot of stat boots have already been folded into every character like I mentioned above (not just hit points, also things like armour penetration), they've had to reduce the bonuses in sets slightly or by a fair bit.

This is similar to the item set changes.

While other races have had what appears on a surface to be a nerf.

Nords have had their passive physical and spell resistance bonuses nearly halved in the latest patch I think.

That's because the missing half they lost has already been pumped into every character as part of their base stats.

So if they didn't nerf this passive, the nord would be even more tougher than average.

So it's a kind of balancing here.

Ultimately is it really a nerf?

That depends on how the character performs after the update goes live in terms of damage and/or survivability depending on the stat in question.

It might seem on the surface that items and characters have been nerfed however after people did some calculations, the difference isn't all that much.

In some cases, damage increased.

Of course everything on the PTS is still being tested right now.

Things however are looking promising in terms of just having more options to choose from in the Champion Point system.